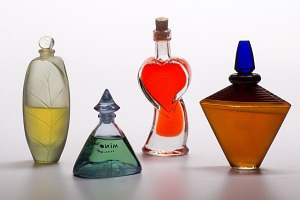 Scents From Any Product

Awareness is the key. This can be important for any being. Infant, teen, elder or pet.

Fragrance allergy is the immune system reacting to one or more chemicals in any product. Perfume, after shave, deodorant, laundry detergent, hand cream, cleaning products, or any scented product. Organic scents can also trigger an allergic response. Scent is loved by some but often makes others sick. Often the person wearing the scent is not aware of the scent and how it affects others.

Identifying the exact cause of irritation or allergy can also be difficult because many products have complex chemical formulas.

Air fresheners alone often contain hazardous ingredients like dichlorobenzene, a lung irritant and a central nervous system depressant, and benzyl alcohol, a known cause of headaches and lung irritation.

One thing is certain: In the last five years, scent-awareness policies have increasingly been posted in public spaces, and it is not uncommon now to see “Please, no scent” signs in many Canadian hospitals, universities, libraries, doctors’ and dentists’ offices and workplaces.

You walk into a friend’s home and smell freshly baked pumpkin pie. Only after you start sneezing uncontrollably and feeling dizzy, weak, and sick to your stomach do you learn she hasn’t been baking — she’s been burning a scented candle.

As a health problem, this sensitivity alone affects more than 2 million people, and studies suggest that sensitivity is on the rise. According to the AAD, some 5,000 different fragrances — and countless other fragrance combinations — are used in products today. And they can be a powerful, toxic brew.

One important thing you can do is get other people to recognize that it’s a problem, not only for you, but for everyone who is exposed. And if you do it in a courteous way, you can sometimes get good results.

This is my communication to you that I suffer allergic reactions from scents to the degree that I can not work when in reaction. Please refrain from wearing fragrance during our time together. Thank you!