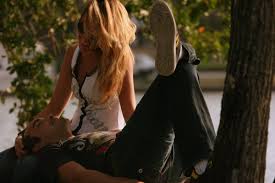 Why Millennials Are Waiting To Marry

Back in the day when couples would marry right out of high school and some how manage to stay married and raise a family together appears to be a thing of the past.

The statistics reveal the younger you marry the more likely it will not last. Marrying between the ages of 20 and 24, the odds are most likely the marriage will end in divorce.

With 40 percent to 50 percent of first marriages failing, the second time around has a 60 percent fail rate. It would appear that relationships come with an expiration date.

The current research on the Millennials states that 25 percent will never marry. With 22 percent already married 53 percent will marry.

When Millennials are asked what they are waiting for?

Most Millennials see long-term marriage as a context for rearing children. Many of them not having a legal ceremony until well after the baby arrives.

While Millennials are waiting to have a legally binding ceremony, many are opting for a non-legal unity ceremony to show their commitment and devotion.

Every generation has it’s way to break away from the traditions of the past and the Millennials are doing it in their way and in their time. It is after all their time.