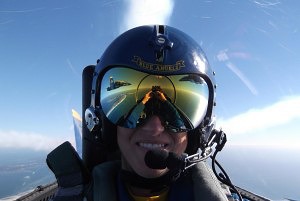 Louisiana, home to the USS Kidd Navy destroyer is where Holly was raised. Twenty three years ago she began working for the U.S. Navy and on January 16, 1999 Holly and Jerry exchanged wedding vows in a quick ceremony while serving the U.S. Navy.

Married In The Navy

As a Navy pilot, Lieutenant Holly Taylor joined the Blue Angel team in 2012. At 36 she was assigned to the Helicopter Anti-Submarine Squadron Light 49 as an administration officer.Taylor was the second woman to join the team in 2012, alongside returning squadron member Lt. Katie Kelly.

UA Graduate is a member of U.S. Navy’s Blue Angels

Statistics from their most recent deployment include: 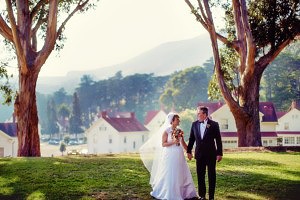 December 6, 2015 ~ Holly and Jerry renewed their marriage vows with a Northern California Destination ceremony. On the green terrace overlooking the San Francisco Bay on the lovely grounds of Cavallo Point Resort, which was once a US Army base. I was honored to officiate their wedding renewal ceremony. I was touched by the sweetness of the love they shared. I was struck by Holly’s background and involvement with the U.S. Navy and the Blue Angels.

After the wedding renewal ceremony, Holly mailed me a thank you note with a Commanding Officers USS Carl Vinson CVN 70 Gold Eagle Power From The Sea coin. “As a thank you for making their ceremony so meaningful and so beautiful!” Such a deeply moving gift to receive. I felt so acknowledged. It was timed at the same time as my son’s returned from being a Marine. 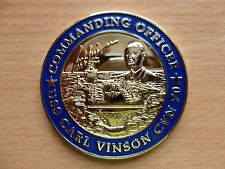 It was a joy to my heart to be involved in Holly and Jerry’s wedding renewal. A real inspiration to meet Holly and get to know how much she has impacted the world with her work. I am very grateful for being invited to share in this uniquely special moment in time.

Thank you Holly and Jerry for your service, work and commitment to our freedoms. You are an inspiration. 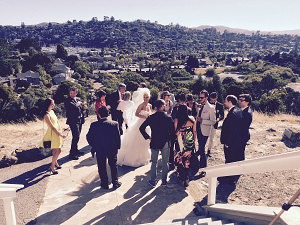 From England To California To Wed

An Italian couple arrived from London to wed in San Francisco, Andrea & Federica were the perfect couple as they exchanged their wedding vows in the hillside chapel overlooking the San Francisco Bay.

Rev. Ema Drouillard officiated the wedding ceremony in English as it was beautifully echoed in Italian, which not only made it so all the guests understood the wedding ceremony but provided the environment for hearts to be touched. The bride entered to a guitarist singing and the couple left the chapel with more music and singing. It truly was a heart touching beautiful wedding.

The bride was absolutely beautiful with a gown that looked like it was made for her and a veil that was dynamite as well as feminine. The groom was quiet, touched and heart-felt.  It was the perfect day for the perfect wedding for the perfect couple. 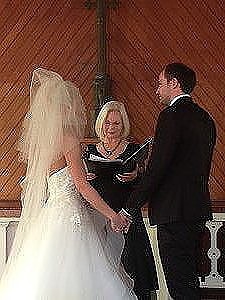 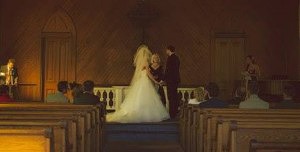 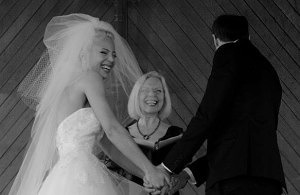 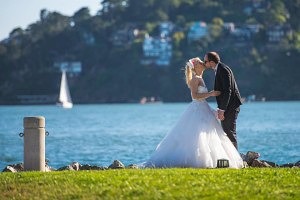 Ema with The Bride & Groom

Putting it all together involves working with other vendors. It’s always a joy for me to work with a wedding planner that has tended to all the details and I’m invited me to conduct the wedding ceremony.

Something Blue Wedding Planning recently joined with My SF Wedding to arrange an elopement wedding ceremony at Sutro Baths in San Francisco for a couple arriving from Europe.

Inspired by the couple’s unique story Jennifer of Something Blue designed their dream wedding on a small strip of beach next to The Cliff House.

It’s a passion for us to create beautiful weddings and making life-long friends while we doing so. 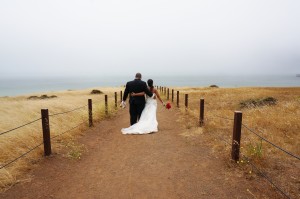 Poetry For Renewing Your Marriage Vows

Marriage can be a paradise of love. The union of two souls…two lives intertwined.

The passion that we’d hoped for, seemed to fade, gone at last.

We’d lost the love we pledged to keep; we forgot our loving past.

We found the place where we left off, like a page from a book set aside.

We found the spot where the other stayed.

We found the place  inside we let the other hide.

But…we’ve taken steps to bridge the gap we’d made from our pain.

SF Destination Wedding from Province, California, originally from El Salvador.  The brides parents joined them in the Palace Garden for their wedding ceremony. 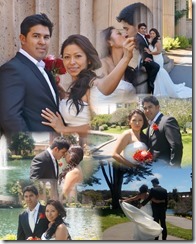 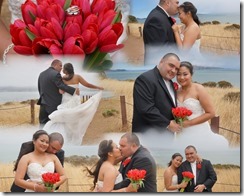 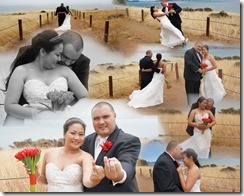